Take care of yourself - support groups

3/25/2018
I road as a (volunteer) N.Y.S. Emergency Medical Technician for nearly 30-years. I dealt with all kinds of emergencies, all ages, and a variety of outcomes (both good and bad). I would have thought I would be fully "professional" when it came to my own husband's stroke...

Instead I barely held it together. I was fortunate that I was able to lean on our daughter, son and daughter-in-law (all with EMS experience themselves, but they too were filled with emotions). We were all so fortunate that despite what seemed so frightening that first night, my husband did survive and, just like he has been for the better part of his life, he was determined NOT to be beaten.

The two months that he was hospitalized are still a bit of a blur. I remember doing most of the things I had to do like housekeeping, grocery shopping, paying bills and the small amount of work I HAD to get done (thankfully I had understanding editors and a compassionate publisher). And at least six days a week I went to visit him, many times driving myself and sometimes being able to sit back as one of my very adult children chauffeured me back and forth.

I was both thrilled and a little bit scared the day I was able to pick Mark up at the sub-acute facility (the 2nd place & the 2nd month) to bring him home. Our daughter arranged to be here when we got home to make sure we had everything under control. After the first couple of weeks we got into a schedule of sorts with doctor's appointments, out patient physical therapy, and regular day-to-day living. Mark did need some physical help in the beginning — he still does but he has continued to push himself forward every day.

But life was dramatically different for us in so many ways. Of course we were both so very well aware of mortality and as cliched as that may sound, it certainly takes its toll. Mark was always a workaholic, he took pride in putting in a lot of hard work and long hours... suddenly he could no longer work. Working less than part-time from home with his long hours at work I wasn't use to someone else being around while I typed on my computer.

We got rid of my car, which honestly had broken down during his hospitalization and I was driving his anyway; we agreed we didn't need two sets of wheels and it was easier than finding the money to repair it. And a very big change was purely financial. For the first six months after he had the stroke we had barely any income and had to live off of our savings until disability was approved, and even that is meager compared to the before days,

Stress built up between us similar to what many couples experience when the man (usually him) first retires and they find themselves getting in each other's way. We also had both moodiness and literally mourning for his loss of identity with work — even out of work he had been very physically active in sports and community activities. Although we have a wonderful support system (our kids, our sisters, and a couple of close friends and cousins) there were a lot of others who simply managed to fall out of our lives. We were both getting used to the thing that is described as the "New Normal".

Emotionally it began to wear me down and that was something that I couldn't afford, I had to be "there" for my husband, after all he was the one who suffered the stroke. Then I realized, he wasn't going through it alone, we all were. And no matter how loving and compassionate our small circle was I needed to interact with people who really understood what the "caretaker" wife really went through.

I looked for a support group, someone to talk to, and it had to be free. The only local group deals with a specific effect of stroke, having to do with communication and we were fortunate that Mark had already overcome that aspect. So I looked online, yep, on Yahoo groups and on Facebook and I found two wonderful groups on Facebook; one group was for both survivors and the folks that cared for/about them, the 2nd is for wives (girlfriends) of stroke survivors.

Finding a support group and coupled with short meditation recordings (also available on the internet) has helped me feel stronger and more capable of doing healthy things with and for my husband. One thing that seems to be definite, once a person has a stroke there IS something different about them. Sometimes the difference seems very minute, but it is there and that is something I was able to both understand as normal and found ways to cope because I was able to "chat" with other wives going through the same things.

Please, if you or someone you love has suffered a stroke, or any debilitating illness, find a support group, that is the best therapy for YOU. And don't think any less of yourself if you find you need more counseling — your life has changed and no matter how strong you want to be, you are human.

Popular posts from this blog 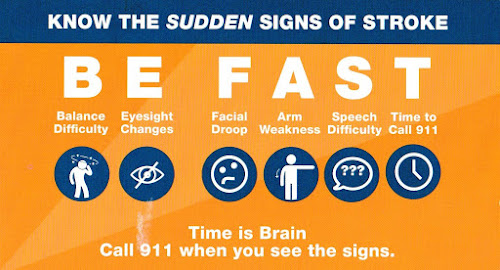 May is National Stroke Awareness Month A stroke occurs when a blood vessel leading to or in the brain is blocked or ruptures. These blood vessels provide oxygen and nutrients to the brain. "During a stroke, the oxygen and nutrients are unable to reach the brain, therefore the brain cells die. If the brain cells die in a location that regulates a specific body function, there is the possibility that this may hinder that function from working properly. When it comes to strokes, there are three main types: ischemic stroke, hemorrhagic stroke, and transient ischemic attack. An ischemic stroke is when there is a blockage in the blood vessel and can be caused by blood clots, plaque, or other particles. On the other hand, hemorrhagic strokes happen when the blood vessels burst in the brain therefore preventing the blood flow needed to keep the brain alive. The last type is a transient ischemic attack sometimes called a “mini-stroke.” A transient ischemic attack is different from
Read more

Beyond Burnout: The Exhausting Reality of Unpaid Family Caregivers (from an article appearing on the AARP website ) ' Already Toast ' author, Kate Washington, on the need for more societal support "Lessons learned During the two long, intense years Washington spent as her husband's primary caregiver and now living with his chronic illness and disability, she has seen her role ebb and flow. When I ask her what she would share with the benefit of hindsight, she offers this advice. Say, ‘Yes!’... Don't delay seeking support...   Get a reality check...   Outsource what you can...   Find a balance between privacy and openness... " read the complete article here Kate Washington  is an essayist and food writer who currently serves as the dining critic for  The Sacramento Bee . Her work has appeared in many publications, including  The Washington Post ,  Eater ,  Catapult , and  McSweeney’s Internet Tendency . She lives in Northern California. Connect with her at ka
Read more

How to overcome burnout 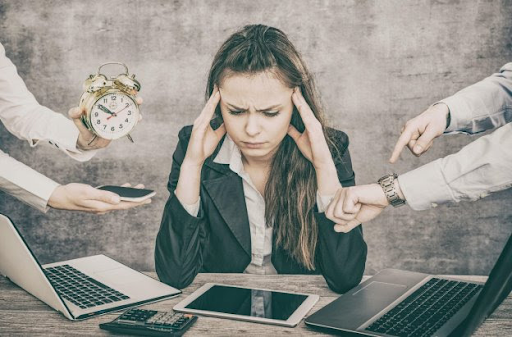 Tips from a Psychology Performance PhD www.drhaleyperlus.com Burnout is on the rise.   A recent report from Indeed found that 52% of all workers are feeling burned out. (Source:  https://www.indeed.com/lead/ preventing-employee-burnout- report ). Burnout is very common and can result from overly demanding expectations, lack of control, lack of social support, taking on more than one can handle at work, school, or interpersonally with family and friends, or poor self-care, among other causes.  Burnout is a state of physical, emotional, and mental exhaustion caused by prolonged and excessive stress. Burnout can affect quality of life and well-being in various ways. The consequences of burnout include but are not limited to depression, anxiety, anger, irritability, fatigue, excessive stress, increased likelihood for high blood pressure, withdrawing from family and friends, inability to do a job well, loss of motivation, increasingly negative and cynical outlook, among others. The good n
Read more