Showing posts from September, 2022
Show all

9/05/2022
The following was penned by a dear friend, Teri Hamilton, who cared for her father through his bout with dementia... He lived a wonderful - (dash) My parents have always been very independent. They both worked from an early age and they both dedicated much of their time to EMS in their community. In fact, my dad worked until early 2019 at the age of 81. He had a lengthy list of professions, Bus Driver, Security Guard, Police Officer, Medical Investigator, Court Officer, and Forensic Instructor. Along with all the “jobs” he had, he was also a son, a brother, an uncle, and a wonderful friend. However, he was most proud of the role he had as a husband and as my father. Early in 2019, I began noticing he was forgetting things that he always knew like the back of his hand. As a Forensic Instructor, he taught two classes a year at the local police academy and his presentation was on crime scene preservation. He had three cases that he used all the time and knew those presentations like h
Read more 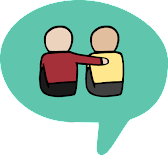 YOU ARE NOT ALONE Be sure to reach out to your loved ones today. Remember - 📞 Help is just a phone call away: Call the National Suicide Prevention Lifeline at 988 any time of day. The Lifeline provides free and confidential support for people in distress, prevention, and crisis resources for you or your loved ones. You can also Text GO to 741741 to reach a trained Crisis Counselor through Crisis Text Line, a global not-for-profit organization. Free, 24/7, confidential. What People Who've Been Suicidal Want to Tell Someone Who's Suicidal Today https://www.yahoo.com/lifestyle/people-apos-ve-suicidal-want-174213773.html Back to HOME
Read more
More posts